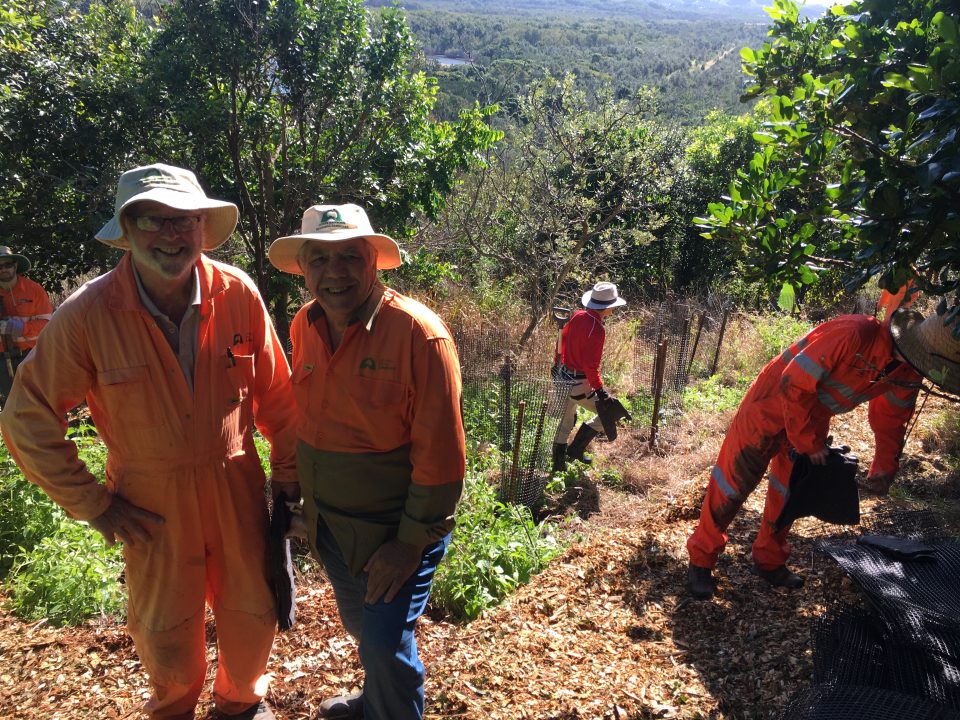 In the last newsletter Sawtell Dunecare volunteer Dave Wood described the devastation that much of the Boambee Headland vegetation suffered from the severe hailstorm which hit the local area on October 20 last year.

Tree recovery has been variable as Dave described and as time went on many have died. This has left most of the northern face of the headland with very little ground cover other than introduced grasses, particularly broad leaf Paspalum and Setaria.

We realised that a huge amount of work would be required to replace what had been lost. The task seemed daunting! However, with the support and encouragement of Council’s bush regeneration team we began to plan a long-term recovery planting program. 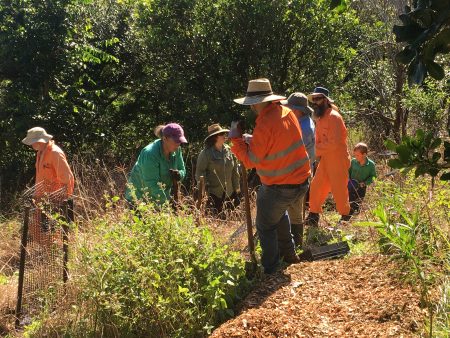 Little did we know then that significant, additional help was just a short time away.

In November 2021 GeoLINK, a local environmental consultancy business, contacted the office to advise that they were keen to off-set the carbon emissions of their business and offered to donate 200 trees to CHRL for planting on one of our Landcare sites should we have a suitable location available. Considering the recent damage at Boambee Headland this location quickly came to mind.

GeoLINK has a history of supporting local community groups and events, including contributing to tree planting on the north coast, dating back to 2003.

In conjunction with the land manager, Coffs Harbour City Council (CHCC), we started to plan where we could make most use of this planting. Eventually we chose a very damaged site, infested with Lantana and Crofton weed and with many dead trees. Site preparation proceeded over several months and during this time we had an exceptionally wet period recording over 2000mm of rain!

The planting site was quite steep and slippery after all the rain and, after a risk assessment was conducted, it was decided to use mulch supplied by council to form paths through the site. This worked very well with no incidents recorded.

Planting day was 27 May 2022; with help from Landcare volunteers, GeoLINK staff and council’s bush regeneration team, 210 trees were planted in 3 hours.

We are very grateful for such a great contribution towards enhancing our local environment, particularly one which had been so badly damaged by the storm in October.

As a follow up we have been offered another donation of trees from GeoLINK for planting next year, this time to enhance the very damaged Banksia forest.