The Jalligirr Biodiversity Alliance was formed in early 2012 and later in May, became formally a part of the Great Eastern Ranges Initiative. Covering an area of 337,000 hectares with an altitudinal range of 1564 metres from the seaboard of Coffs Coast to the Dorrigo Plateau, the area is located in a tropical, subtropical, temperate convergence zone that encompasses 100 regional vegetation communities and so exhibits a unique diversity and complexity. This includes 102 threatened fauna species, 50 threatened flora species, 13 endangered ecological communities, and the World Heritage Gondwanna Rainforests of Australia. These ecological communities provide water supply, clean air, crop pollination, nutrient recycling, food, medicines, building materials and the regeneration of primary production soils, contributing billions of dollars to our local economy annually.

Coffs Harbour Regional Landcare is a partner in the Jaliigirr Biodiversity Alliance, helping to support the voluntary contributions in order to create local and regional corridors in World Heritage areas, National Park Reserves and State Forests. 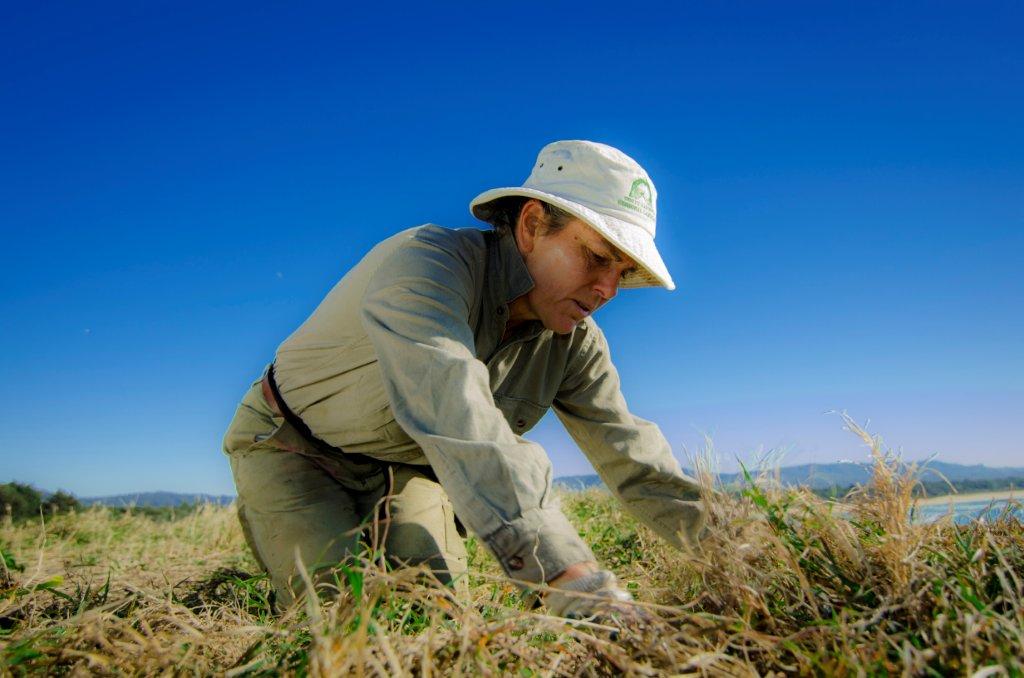 These numerous contributions reinforce ecosystem resilience for habitat and migratory routes for adapting species, improve and protect the biodiversity within these ecological communities and safeguard the vital benefits they provide to all life.

Partners of the Alliance include many local community and Aboriginal groups, individuals, government and non-government agencies, a public authority, and business and education institutions that have an active interest in the health of the environment.

The Great Eastern Ranges Initiative (GERI) is a strategic response to mitigate the potential impacts of climate change, invasive species, land clearing and other environmental changes on our richest biodiversity and the mountains that supply most of our population with clean water.

The Great Eastern Ranges initiative is based on connectivity conservation, an approach that recognises the need for ecological processes to operate over much greater scales than previously appreciated. By assessing these processes over multiple scales and harnessing the effort of many landholders and organisations to respond strategically, we create the best conditions to preserve, restore and build resilience in our environment.

The Alliance exists predominantly within the Gumbaynggirr Aboriginal Nation and recognises and appreciates the involvement and attachment of Aboriginal communities to landscape, as the Aboriginal People continue practices in natural resource management consistent with their cultural beliefs and custom.

The Alliance values Aboriginal cultural attachment to our landscapes and has embraced the Gumbaynggirr word for tree “Jaliigirr” to best describe our partnership.

By creating this Alliance, all our partners and their communities have the opportunity to work together at a landscape scale. This can better manage threats to our biodiversity; build and grow our abilities; conserve the health of our diverse communities; our businesses; and strengthen our communications. The Jaliigirr work will also contribute to the bigger national picture – the Great Eastern Ranges conservation corridor.

Recently the Jaliigirr Biodiversity Alliance won the 2016 Regional Sustainability Award at the NSW Green Globe Awards. The NSW Government’s Green Globe Awards celebrate excellence, success and innovation in environment and sustainability.  This award recognises the Alliance’s leadership action to protect and restore our natural landscapes, the connections made with partners and the community and the consequent achievements in improving local biodiversity.