The Targeted Landcare Grants 2016/17 is supported by North Coast Local Land Services (NCLLS) through funding from the National Landcare Programme. The objective of Targeted Landcare is to enable the Landcare Networks to provide some incentive funds for restoration works on both private or public lands. Projects selected for Targeted Landcare funding are required to increase the extent of natural habitat – this can be done through planting, weed control or the promotion of natural regeneration by fencing off areas of remnant bush. Projects that increase the habitat of EPBC Act listed Threatened Ecological Communities (EEC) or protect threatened species are preferred by NCLLS. There is an obligation by the land owner to match the project funds and ensure that works are maintained for 5 years eg control weeds around revegetation. Project funds can be matched by the land holder through in-kind contributions of their work time such as hours spent planting or carrying out weed control.

There are currently 7 projects being funded in 2016/2017 in the Coffs Harbour area – 3 are on private land and 4 are on local Landcare sites:

Tree Fern Creek – weed control and revegetation along one of the significant creeks in Coffs Harbour. 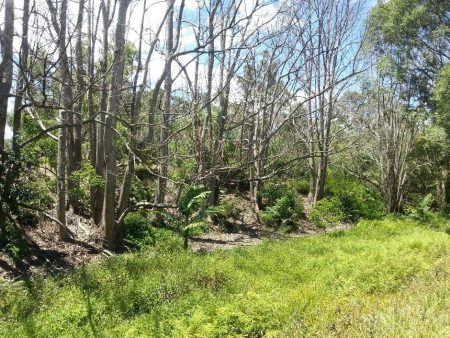 Bonville property – camphor and other weed control and planting along Bonville Creek.

This program is supported by: